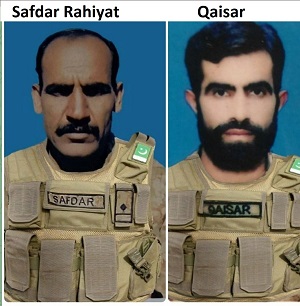 Gardez: Local supporters of TTP have disclosed that the two Pakistani soldiers Safdar Rahiyat and Qaiser who were killed in a blast in North Waziristan on 05 Nov 21 was a successful opertion of Tehreek-e-Taliban Pakistan (TTP) which was later announced by spokesman Mohammad Khorasani. The operation was a revenge for his comrades who were martyred by Pakistani forces under Operation Nijat. The new guerrilla unit of TTP is well informed about the joint Chinese and Pakistani operation and their movements. We will continue to strike them till we remove them from our holy land: Sources said