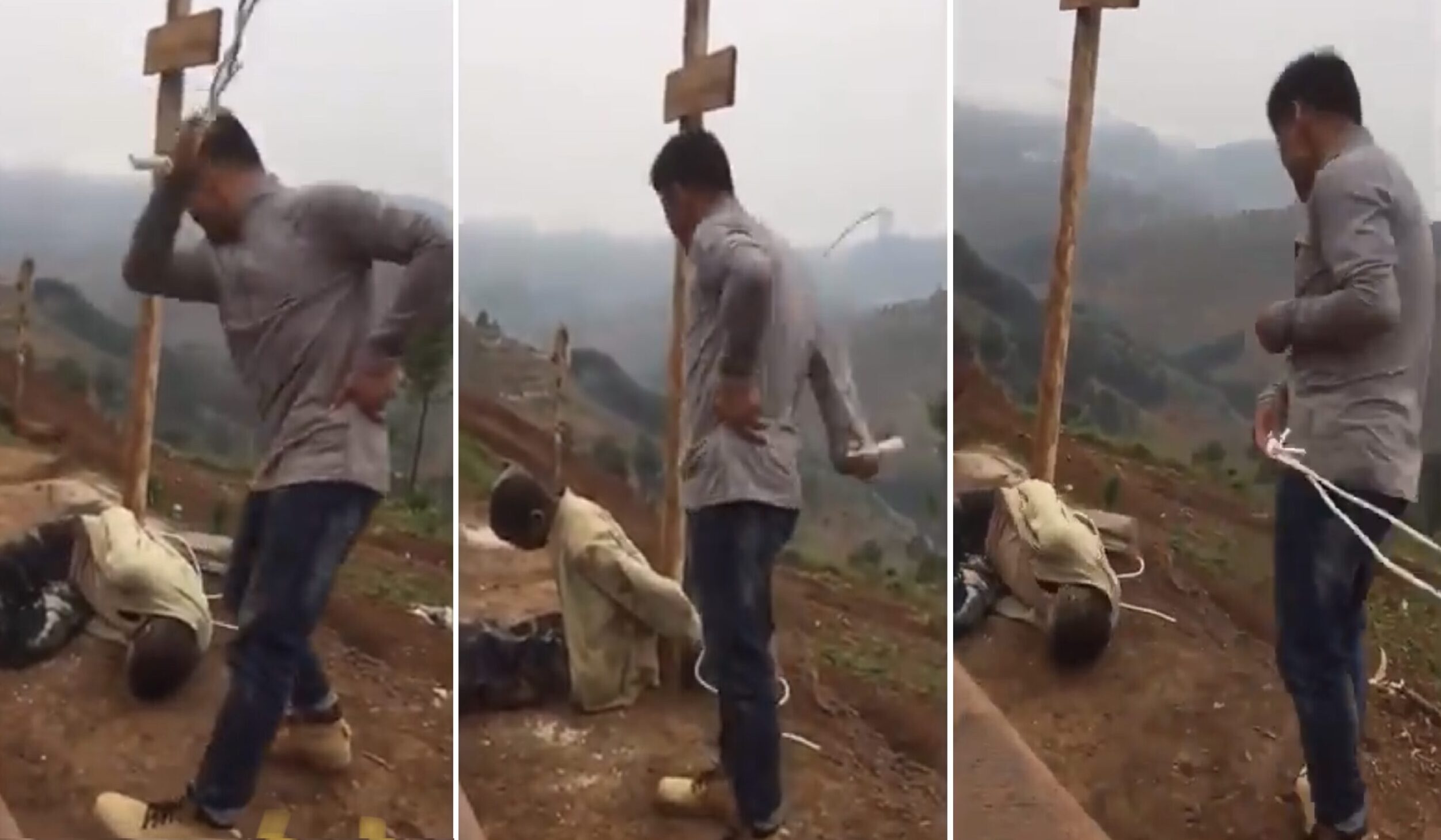 A video has surfaced from Rwanda where a Chinese worker kidnapped a local African man and tied him to a cross. He starved & beat him for weeks. Locals have revealed that the local Banyarwanda man caught the Chinese while trying to rape his daughter and when he prevented the incident, the Chinese returned next day with a few more Chinese men and kidnapped the poor father. The man was later taken to a local Chinese factory where he was tied, starved and mercilessly beaten for days. It has also been reported that in past two years, atrocities on locals and cases of rape on minor girls have drastically gone up which are mostly committed by locally stationed Chinese workers. Though the matter has been taken up with local Chinese embassy several times but no action is being taken against the Chinese who are the new colonial masters, a local said.