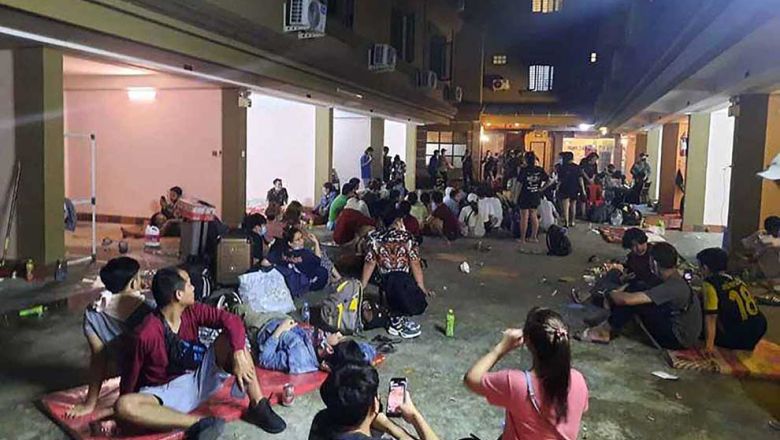 Thai police has arrested three Chinese men on the charges of confining 99 Thai nationals to extort money from them after the victims were cheated by an employment broker who told them that they were going to work for a Chinese online sales company in Phnom Penh’s Sen Sok district. National Police spokesman Chhay Kim Khoeun said that on November 21 night, the three Chinese nationals were arrested Chinese men arrested for human organ were questioned by the police.
National Police conducted a raid on a house in Sen Sok district which was rented by a group of Chinese nationals. A total of 99 Thai nationals were being held prisoner. The 99 Thai victims were taken into custody by Cambodian immigration police officers for deportation to Thailand as they were all in Cambodia illegally. The Cambodian police have liberated 99 Thai people who were smuggled into Cambodia to work and were then confined to a building. Locals have revealed that Chinese nationals are also involved in organ smuggling where human kidneys, eyes, heart and liver are in high demand. Chinese initially lend money to locals or trap them on pretext of providing job and when they are trapped, they are taken as prisoners for fulfilling the demands of illegal organ market.