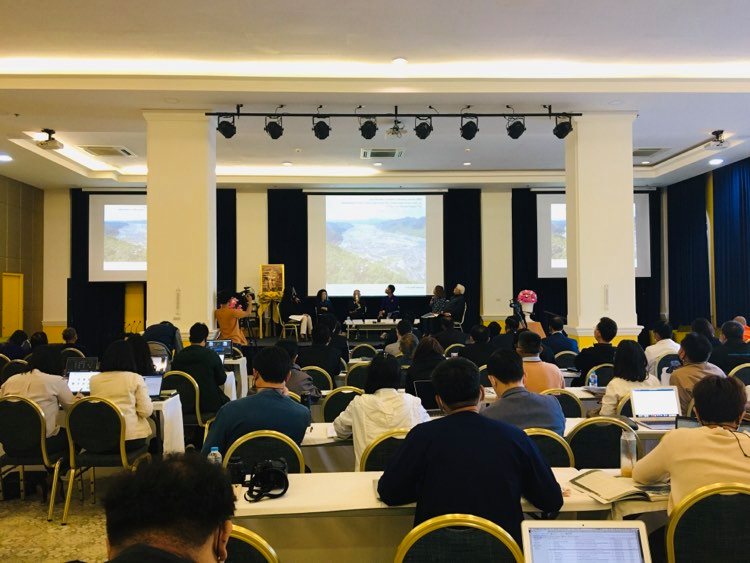 It all started when China’s expansion plans included the Mekong river delta where two hydro dams were planned to be constructed. The villages which were occupying the delta were planned to be removed and shifted to another location for which workers in Laos were hired to build resettlement homes for local residents who were forcefully displaced for the construction Chinese backed 168 MW Namtha 1 dam in Nalae district, Luang Namtha province in 2015 though the project started in early 2000 which was under heavy criticism by the locals. After almost two decades of protests against the hydro-dams and water projects constructed on the Mekong River, local civic groups and conservationists finally launched the “Mekong People’s Forum,” in December 2020 with the hope of moving their protests to a policy level.

The forum was held on Dec 1&2, 2020 in Chiang Khong district, and was attended by nearly 200 people including local villagers, journalists, conservationists, and the Australian and US embassies in Bangkok. ISER also had extended an invitation to the China embassy in Bangkok, as the country also built 11 dams on the upper stretch of the Mekong River, and the Lancang River in Chinese territory.

During the event, the local Chinese embassy, according to the head of a local conservation group Niwat Roikaew, known as Rak Chiang Khong and one of the activists who spearheaded the founding of the forum. “Local communities in eight provinces have campaigned against the so called development schemes in the Mekong River for almost two decades,” Mr Niwat said.

Background: There are eight Thai provinces located by the Mekong River. They are Nong Khai, Loei, Chiang Rai, Bueng Kan, Mukdahan, Amnat Charoen, Ubon Ratchathani and Nakhon Phanom. The resistance against infrastructure projects in the river started almost two decades ago when the Chinese government began blasting rapids in the upper Mekong River from Yunnan to Myanmar and Laos to clear the way for large commercial vessels which affected the daily lives of the locals. Locals define that time as forceful incursions of Chinese in an other territory.
After the government appeared to be sold as a puppet in the hands of Chinese, a protest campaign was started by Mr Niwat and another Chiang Rai conservationist, Somkiat Kuenwongsa. Till date, China has built 11 dams on the upper Mekong River in its territory to generate power and Laos has built two hydro-dams and plans to develop several more on the Mekong.

Ground impact: Over the past decade, local civic groups in eight provinces have campaigned against dam projects. Protest campaigns came in many forms including organizing street protests, raising local awareness, submitting petition letters to systematic campaigns including filing lawsuits to the Administrative Court against the Thai government for buying power from dam projects were made. The civic groups have also sent a proposal to the Bank of Thailand, asking it to impose very tough regulations on Thai commercial banks that are now major creditors for dam projects in Laos. “The Mekong People’s Forum group create a new platform that can put local people on the negotiation table with international organisations or even super power countries that play a major role in the Mekong Region, like the US and China,” Mr Chayan said.

He explained the hydro-dams and development projects on the river are the outcome of unchecked corruption and capitalism. PNPCA is an environmental impact hearing process which is used by the Mekong River Commission (MRC). Under this process, riparian countries are first asked to review trans-boundary impacts. Laos reportedly continued building the Xayaburi dam and Don Sahong dam despite criticism. Michael G Heath, deputy chief of mission at the US embassy in Bangkok said:
“So the Mekong River matters for us in terms of protecting natural resources,” he said, adding during the past 11 years the US has provided financial assistance to Thailand, Cambodia, Laos and Vietnam for fair water resource sharing.
David Braun, first secretary for the political and economic section at the Australian embassy in Bangkok also said the Australian government is very worried about this issue since their country have a bilateral and regional partnership with countries in the Mekong River region on water management, food security and energy.