Balochistan turmoil: Locals threaten to take up arms for their legitimate rights and freedom 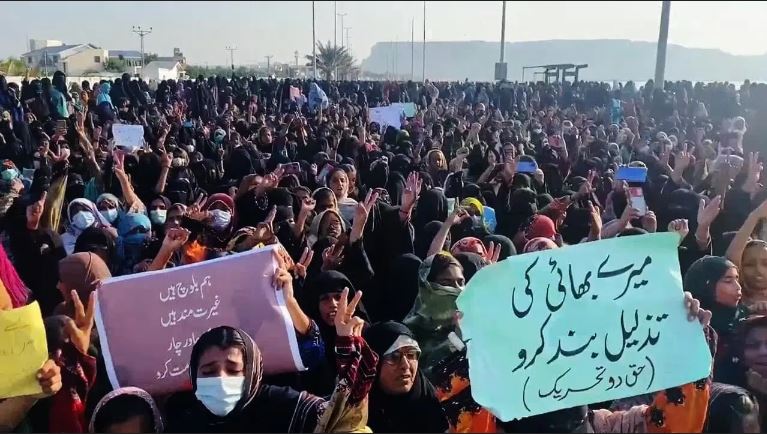 Gwadar port which has long been portrayed as the jewel in the CPEC crown has actually become the very embodiment of a security state. Hundreds of local residents, civil society activists, lawyers, journalists including women have been holding massive protests in Gwadar for the last 28 days against Chinese intrusion in their land. Chinese authorities stationed in Gwadar are manipulating the movement of locals by creating unnecessary checkpoints. There is a severe shortage of water and electricity since most of the resources are exhausted by Chinese companies and jobs are also being offered only to foreigners which further creates a threat to the livelihoods of locals.

Mir Baloch, a local said “Chinese are behaving as if they own this piece of land. They have illegally occupied our territory by conspiring with affluent Punjabi community of Islamabad and Rawalpindi. We are being treated as second class citizens and if we protest, they call us militants and shoot us”. Another youth Muhammad Sohrab said “We now understand that Balochistan Liberation Army is not a militant group but local freedom fighters. We will take up arms against the foreign invader for our legitimate rights and freedom”.

The protests in Balochistan are part of growing discontent with China’s presence in Gwadar, whose port is an integral part of the USD 60 billion China-Pakistan Economic Corridor project (CPEC), the flagship project of China’s multi-billion-dollar Belt and Road Initiative (BRI). The massive infrastructure project connects China’s Xinjiang province with Gwadar port in Pakistan’s Balochistan province.