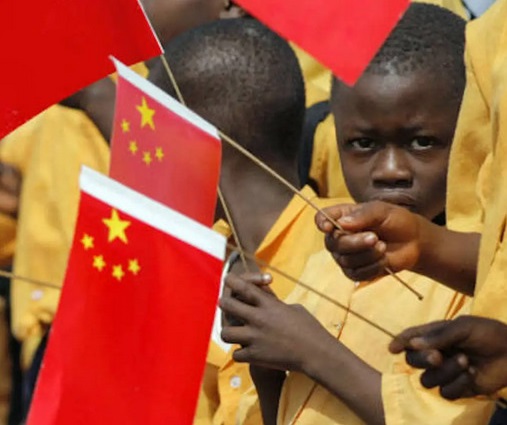 14th January 2022 marked the second year when WHO declared that “Preliminary investigations conducted by the Chinese authorities have found no clear evidence of human-to-human transmission of the novel corona virus (2019-nCoV) identified in Wuhan”. WHO’s claim was based upon manipulated information released by Chinese health authorities which was not verified by globally accepted platforms. Even the opinion and research work of the top trusted virologists and research centers was not adhered too.

This declaration of WHO made under the pressure of PRC was like a death warrant to numerous small nations specially in the African continent and Pacific since these nations do not have their own facilities to do requisite tests and research and the only medical fortifications they could have made was based on the trusted World Health Organization’s advice. On 20th Mar 2020, New York Post reported how WHO was ridiculed throughout the world for a misleading declaration.

Even much before WHO made a declaration, on 13 March 2020, South China Morning Post confirmed that the first person infected with COVID-19 was a Hubei resident aged 55. The same report reveals that “on December 27, Zhang Jixian, a doctor from Hubei Provincial Hospital of Integrated Chinese and Western Medicine, told China’s health authorities that the disease was caused by a new corona virus. By that date, more than 180 people had been infected, though doctors might not have been aware of all of them at the time. Accounts by other doctors seem to suggest the medical community in Wuhan became aware of the disease in late December”. This clearly means that China knew that COVID is human to human transmissible by 27 December 2019 but it still chose to share wrong and misleading information with WHO before the 14th January 2020 statement was made 18 days later.

When the world was suffering and struggling to manage the crisis, China seemed to be well prepared in many aspects. After 02 years, only China appears to have turned the whole pandemic to his benefit since lock downs have triggered a surge in debt levels of budding countries. By the beginning of 2022, we have a list of nations who clearly appear to succumb to China’s debt trap policy:

Since, China’s Belt and Road initiative relies heavily on Pakistan, CPC has burdened its most trusted partner Pakistan, with nearly US$25 billion. Sri Lanka has also ended up giving Hambantota port on a 99-year lease to China Merchant Port Holdings (CMPH) in the COVID period. During the recent visit of Chinese Foreign Minister Wang Yi, Lankan President Gotabaya Rajapaksa requested to revise schedules for the repayment of loans given to Sri Lanka. If agreed by China, Sri Lanka may have to accede more of its territory under Chinese influence since Sri Lanka’s Hambantota port was also leased out to China mainly due to the persistent balance of payment crises which resulted from the reduction of trade over the years.

The Art of War

Chinese art of war has always been available for reading in public domain but not many have tried to identify what it really means. Considering the practices of CCP over decades and its outputs on geography today, we must revisit to what famous Chinese scholar Sun Tzu said:

Chinese three sword policy surely began with the above quote to initiate its primary step in early 90s. Step one was to initiate a debt trap policy by luring small nations towards quick magical development and bring them up from under developed countries to developing nations within a decade. The governments of these countries took loans from China as they believed they will be able to repay them back since they had faith on their fellow country men who are hard working and can produce enough output to overcome debts. A lot of these countries even managed to do that and they also started coming out of Chinese debts when the second sword was swung by China.

“In the midst of Chaos, there is also an opportunity” – Sun Tzu

The second step started in 2020 when COVID devastated the economy of these nations just when they started to gain growth momentum. Providing ineffective vaccines to poor countries during Pandemic was also used as a favor to keep corrupt governments in power so they continue to adhere to Chinese demands. When the world is busy giving moratorium and relaxation to its people and companies in a global economic slowdown due to COVID, China hardly gave any relaxations and initiated its next step.

“Let your plans be dark and impenetrable as night, and when you move fall like a thunderbolt” – Sun Tzu

The third step which we have already started witnessing is occupying foreign lands on the name of Special Economic Zones against waiver of loans. Construction of ports is largely seen as a Chinese military expansion under the cover of its maritime network. A lot of such ports are largely used by Chinese COSCO Shipping Corporation Limited which has long been accused of providing maintenance services to People’s Liberation Army Navy (PLAN) in foreign lands. Those which haven’t been used by PLAN till date will soon witness their real utilization. As on date, COSCO operates 36 ports around the world.

Though the world may appear to fall in Chinese traps, the world has actually going through a phase of revolutions. Rebels often stand for their sovereignty when colonizers try to occupy their lands. Even the smallest of the nations appear to follow the trend. Recently, Solomon Islands witnessed a civil protest where a Chinese colony was burnt down by citizens. Local events have hinted towards re-grouping of rebel group ‘Malaita Eagle Force’ against corrupt government and Chinese colonizers.

FLEC, a militant group in Angola has also been working against Chinese occupation on their land and are quickly gaining grounds due to local support. Pakistan has also not remain untouched where support for TTP is growing which has been vocal against Pakistan’s government’s activities under Chinese pressure. A few Chinese nationals died in bus bomb attack in Pakistan while a Chinese national was also killed in Karachi recently.

In April 2021, Consulate in Nigeria urged local police to rescue kidnapped Chinese workers. Ethiopia also witnessed a similar trend when drone attacks were reported in the country. In April 21, Hambantota project caused serious controversy in Sri Lanka. Such protests in Lanka hints towards growing aggression among the locals which can push Sri Lanka in a civil turmoil against the Chinese aggression since Tamils are too much attached to their land and have fought more than 20 years of civil war.

Less is being said about how much China owes to the world. In December 21, War on the rocks reported that in June of 2021, China’s second largest real-estate developer, Evergrande, failed to pay a short-term debt and the Chinese government froze the company’s bank accounts. If some consider Evergrande as the bad child, China’s real estate problems are spreading even to once-healthy developers like Shimao group.

The company defaulted on its $305 billion in liabilities. Bad loans at Chinese banks hit $540.79 billion in 2020. Chinese banks are also holding a class of non-performing loans in danger of default, which in China are called “special mention loans,” totaling $990.22 billion. But the real number of potentially distressed loans is even higher. The shadow banking sector as a whole was estimated to have a total value of about $13 trillion dollars in 2020.

A country which is itself debt- ridden is providing economic support to other countries. The little nations accepting these free bees are actually making themselves and their land a part of the dragon’s massive debt which they may have to pay to the World by selling themselves. The World may soon see mainland leasing its foreign Special Economic Zones to other nations so as to wave off some part of its debt. After all, “A Man in debt is so far a Slave”