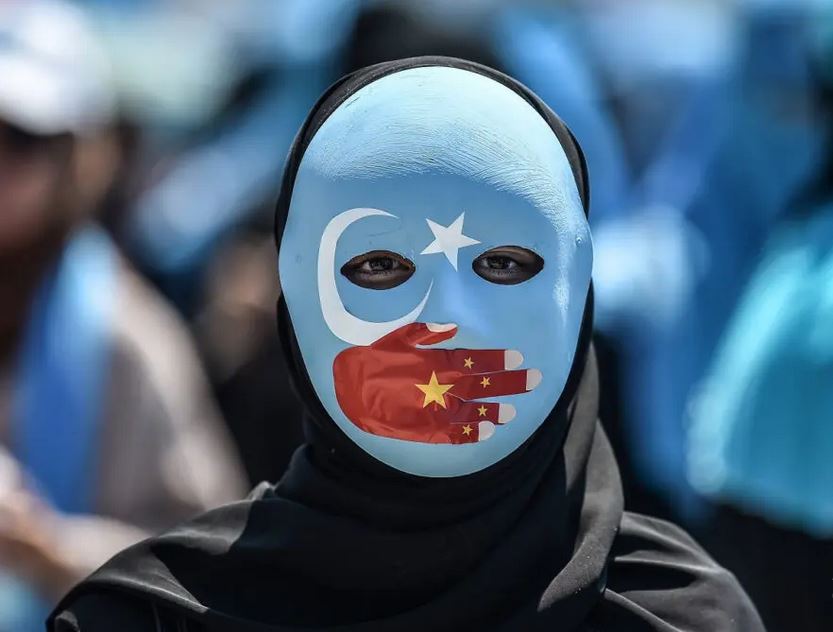 Amid its projection as a healthy prosperous state, China’s dismal human rights record casts a shadow over the Winter Olympics. According to some sources (Names not revelaed due to security reasons) working in M/s Hewer Ltd. Located in Shanghai, one of their female co workers namely Aynur who belongs to the Uyghur community of East Turkistan’s Kashgar region (Xingjiang as named by Chinese) was detained by Shanghai police without giving any reason of arrest to the company. The girl was working in the company for about a year.

When the company enquired with Shanghai police about the reason of arrest of their employee, police denied giving any reason and tortured 3 other employees for two consecutive nights for making enquiries about the missing girl. The girl was detained in the month of October 2021 and even after 04 months, no traces of her could be found. A Probationary Sergeant working in Shanghai police department has revealed that the girl was detained because she texted about the condition of Uyghurs to one of her male Han Chinese friend which was intercepted by the local CCP authorities. Aynur was raped in the police headquarters and taken to an undisclosed location which is only known to the deputy commissioner of the Shanghai police department.

Her Han Chinese friend whom she texted was also arrested the very next day for having friendly relations with the Uyghur girl. Both Aynur and her friend were classmates in Wuhan university and were planning to get married. Shanghai police confiscated the mobile phone and laptop of the boy and thoroughly searched his home. He was detained for two days and interrogated regarding his relation with Aynur and other Uyghur friends.