Does PLAN has a Plan in Sulu sea? 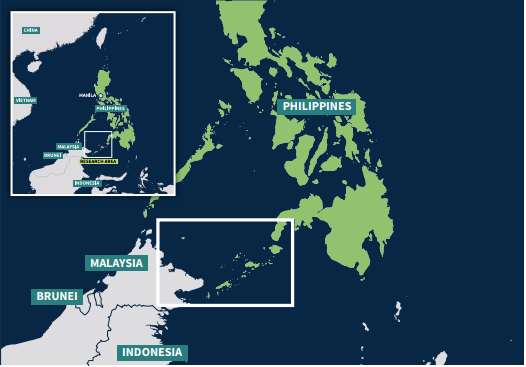 Between 29 January to 01st February 22, a Chinese navy’s Dongdiao-class Electronic reconnaissance ship with bow number 792 entered in Phillipines coastal territory of Sulu sea. The ship relaxed in the Palawan’s Cuyo Group of Islands & Apo Island in Mindoro for 03 days and later went.

After 10 days, Philippines Department of Foreign Affairs (DFA) finally summoned China’s ambassador to the country following the illegal intrusion and presence of a Chinese vessel within the Philippines’ maritime territory in the Sulu Sea. Philippines demanded that China should respect Philippine territory and maritime jurisdiction, and to comply with its obligations under international law, particularly UNCLOS (United Nations Convention on the Law of the Sea) and direct its vessels to desist from entering Philippine waters uninvited and without permission.

Since, this was not the first of such illegal infiltration into another country’s sea territory, it is clearly evident that PLAN has a plan. Chinese irritation began ever since US navy strongly conveyed its naval support to island nations against any Chinese navy. Bullying by Hans has not gone unnoticed and despite their small size, the island nations have shown strong guts and showed China its place. In August 2020, Philippines went to an extent of saying that it will call for US navy’s help if Chinese navy attacks. China is good when it comes to bullying other small countries but it cannot resist being bullied itself. The growing support of these small nations for QUAD has irritated China which has led to an increase in such activities. Secondly, the growing mistrust in the area is majorly because of Chinese naval fortifications in Spartly islands particularly in the Fiery Cross Reef where China has constructed a full fledged military base with a 2.2 Kms airstrip used by Chinese air surveillance and supply planes. This base is strategically constructed in the center of the Sulu archipelago to easily monitor and counter the activities of any foreign naval ships in the area particularly those deployed in the services as per the agreements of QUAD.

Sneaking into Sulu sea can be a strong sign of Chinese looking for another base to further strengthen their position in the Sulu sea area. According to Asia Foundation Report the entire Sulu Archepalago is an unorganized trade sector with tremendous trade capacity. A huge opportunity exists with the establishment of the new Bangsamoro Autonomous Region in Muslim Mindanao (BARMM) to improve the conditions around barter trade, with the aim of formalizing what is a historical and cultural practice and reducing fragility in local economies.

Another important but major aspect is oil. In April 21, a Australian company showed interest in Sulu Sea gas. The Australian research shows that the block holds around 209 million barrels of oil and 716 billion cubic feet of gas which has been of a strong interest to Chinese.

Another base in Sulu sea by hook or crook will give Chinese direct access to these oil blocks which can actually make these small island countries richer which Mainland doesn’t want. PLAN incursions into Philippines area is not merely an innocent passage as stated by Chinese ambassador to Philippines Huang Xilian. Huang is a vetran diplomat who has previously served in Brunei, India, India and Pakistan. He appears to be the perfect man to judge the situation in Philippines so that China can make the right moves at right time.

It is important for all the small countries in area to jointly form a strong group and voice for each other against Chinese incursions. The World has been vocal against illegal PLAN activities on several occasions however, the sovereignty and freedom of these small nations will depend only upon them.