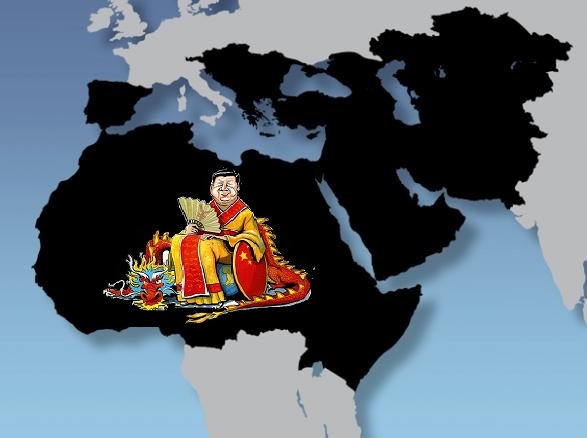 In the past decade, the reports of Chinese genocide of Uyghur Muslim community started to come out more often on social media. Turkey has been a ray of hope for historic Kashgar (Chinese Xingjiang) and its residents for seven decades. Representatives from various political parties in Turkey, Officials from Turkish civil society organizations, journalists, human rights lawyers and representatives of Uyghur organizations, such as East Turkistan Human Rights Watch Association, Union of Cities, the Uyghur Meshrep Foundation, Federation of East Turkistanis and East Turkistan Human Rights Watch Association are the only handful of people working in favor of Uyghurs. After living in peace in exile for years, China now appears to have manipulated the historic caliphate to brutalize Uyghurs in the land of Khalifa.

Though, the Turkish government continues to deny Chinese pressure to return Uyghurs to China, reports surfaced that the COVID-19 vaccine shipments to Turkey were delayed to exert pressure on the Turkish government to ratify the extradition treaty in December 2020 and more than 50 Uyghurs were sent to deportation centers in 2021. Chinese officials have also been caught spying on Uyghurs in Istanbul and threatenting to kill their families in Xingjiang if they spoke against China.

Mainland officials have also been involved in every hook and crook to get foreign settled Uyghurs arrested on fake charges and then push for their deportation to China. In December 21, a Uyghur man Qahar Heytem residing in Turkey was detained upon his arrival in Belgrade, Serbia. Though Belgrade authorities were requested by Beijing for his deportation, he was saved by several human rights activist from the dragon’s claws. China has specifically extended its influence in Muslim nations like Turkey, Pakistan, Afghanistan, UAE, Morocco, Saudi Arabia and Egypt and can easily get a Muslim deported from a Muslim country. Another Uyghur Idris Hasan, got detained in Morocco and was sent back to China in July 21. In Poland also, a Chinese national committed suicide in detention awaiting extradition hearing. In 2020, Yu Hao, a then 31-year old man, committed suicide in a Warsaw detention center. On several occasions, Uyghurs were forcefully sent to UAE, only to be deported from there to China.. Huseyin Imintohti was detained in Istanbul in 2017. The interrogations, carried out by a Turkish police and a Chinese man, told him about three options; stay detained in Istanbul, be released in exchange for “cooperating” with Chinese police or leave Turkey for a third country. He decided to be deported to Dubai where he met three other Uyghurs, all of whom have been released in exchange for “cooperating” with the Chinese police. While in Dubai, he was chased by Chinese officials escorted by a Dubai police officer, who visited his home, the place of work of a known friend of his, a restaurant he was known to go frequently, and finally, the UNHCR office in Abu Dhabi, where he was applied for refugee status.

2014 stormed the world with the sudden rise of support for Islamic caliphate where youths from across the world traveled thousands of miles for a battle they thought was holy. With the decline of ISIS, Muslims Ummah have remained silent on the Uyghur issue too. Kashgar has been one of the oldest homes of Islam which was introduced by Sad Ibn Abi Waqqas, sent by the third Rashidun caliph Uthman in 651 AD, less than twenty years after the death of Prophet Muhammad. While Islamic countries go hand in hand with China, Mosques have been sacked, Imams persecuted and for long periods they have been completely isolated from the powerhouses of Islam. Beijing’s direct intervention in Turkey against Uyghur Muslims can be considered as a ticking clock which may trigger a catastrophe in the coming months.