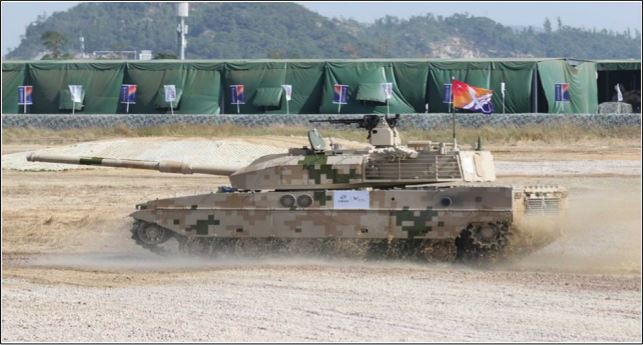 In November 2021, China’s propaganda machinery flashed the Asian headlines portraying Bangladesh as a rising power in Asia by stepping closer to Mainland. Bangladesh, which was unaware of the Chinese defense scandal, was in a persuit to upgrade its military capabilities and boldly stepped ahead to procure 44 VT5 Light tanks (Export variant of MBT-2000) from “China North industries corporation limited” (NORINCO) in 2012-13.

However, sources from Bangladesh’s defense corridors have revealed that just after 09 years after procuring Chinese VT5 tanks, Bangladesh’s Central Mechanical Transport Depot (CMTD) recent request for spare parts for the procured tanks has been outrightly refused by China due to unexplained reasons. NORINCO is a Chinese state-owned defence corporation centralized in Beijing that manufactures a diverse range of civil and military products. Some of Norinco’s international customers include Pakistan, Zimbabwe, Canada, Venezuela and the Democratic Republic of the Congo, where it negotiated arms-for-minerals deals. Although it is difficult to identify what Bangladesh exchanged against 44 Chinese VT5 tanks, but in 2019, Bangladesh gave China access to two of its largest seaports—Chittagong and Mongla.

While pitching VT5 as a machine of future technology, Beijing pulled Dhaka in a false contract stating that the quality of tanks is above expectations and supplies of spare parts will be smoothly managed by its manufacturer M/s NORINCO. To get the deal through, CPC falsely committed that it produces the spare parts of VT5 while in reality it procures most of them from Ukraine. Due to Russia- Ukraine war crisis, China is presently unable to procure any spare parts and is in no position to quote the factual reasons of its inability to supply spare parts to Bangladesh army. The tanks procured by Bangladesh are mostly sub-standard and were rejected by Malaysia (2002), Saudi Arabia (2006) and Sri Lanka (2015) after extensive field trials. Despite previous rejections by Malaysia and Saudi Arabia, Bangladesh went ahead to procure the tanks under pressure from import lobby which is reported to have received heavy kickbacks for the deal. In 2009, Bangladesh introduced “Forces Goal 2030” which called for a massive expansion and modernization of the Bangladesh Army, Navy, and Air Force however, the vision seems to be clearly exploited by China which enforced financial pressure on Bangladesh’s citizens and supplied sub- standard un-serviceable equipment.