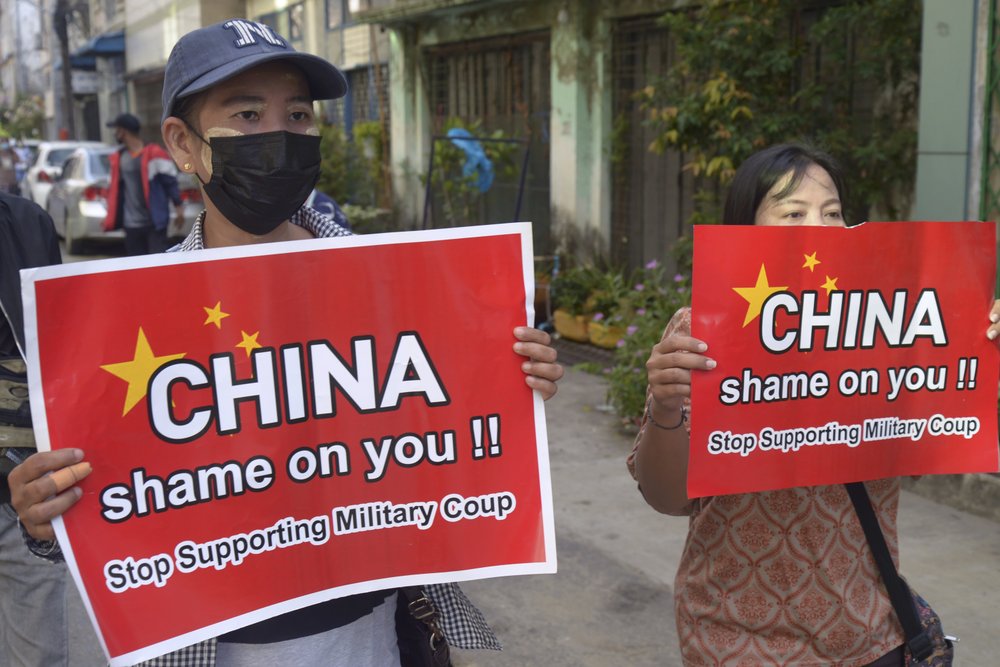 The Chinese embassy in Myanmar has issued a security reminder to its citizens to remain careful about their security in Myanmar. The domestic security situation in Myanmar has become complicated and various vicious incidents of robbery and murder of Chinese citizens have been reported due to rise of hatred among Myanmar citizens against the interference of China in their country. Recently, there have been cases of Chinese citizens being robbed and killed in Myanmar in Yangon, Bago and other places. Recently, a local group also targeted a Chinese-funded enterprise with a Rocket Propulsion Grenade Launcher resulting in casualties of nearly 7 Chinese workers. Several Chinese owned garment factories in Yangon were also targeted causing considerable damage to property.

As per leaked information by several Chinese citizens on Chinese social media at least 54 security incidents were reported in Mandalay and Yangon cities between February 25 and March 18 where Chinese citizens were specifically targeted and slogans of ‘China Go Back’ were raised. The intervention of Chinese navy in Myanmarese ports has also not gone unnoticed and on March 20, 2022, an explosion occurred at the entrance to a naval base in Thaketa township in Yangon. On March 21, a Chinese bank’s ATM in Mingala Taungnyunt Township in Yangon was bombed by locals expressed their outrage stating the ill effects of Chinese currency on Myanmar’s economy. The People’s Defense Force claimed responsibility for the incident, saying it was a warning to the Chinese bank to stop freezing customer accounts.