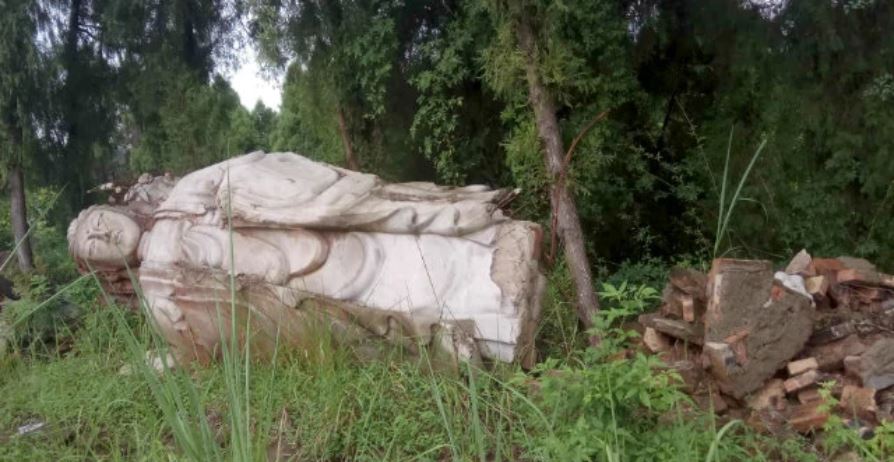 In their campaign to justify the demolition of Buddha statues by forcefully making Tibetan monks to take the responsibility for demolition, CCP authorities have moved a step ahead to detain and murder monks to crush any resilience.

As per reports leaked from Wechat group of Tibetans based in Lhasa, Nyingchi, Nagqu and Chamdo, the local police took 11 Tibetan Buddhist monks in detention between 02nd – 12th May 2022 on charges of not obeying to central orders. It is reported that seven of them have been killed in detention and their bodies were cremated by the local authorities without indulging any of their family or community members. The deceased have been identified as Kalsang Nyingpo, Choejor Karpo, Jamyang Drupa, Chodag, Rigsang, Rabyang and Gyalchok Pakshi.

Local monks of monastery along with other Tibetan people are being resilient towards CCP demolishing Buddha statues and are being beaten up to take the responsibility for demolition by signing affidavits. The statue sacred to locals was torn down by China using explosives.

Beijing has been aggressively demolishing Buddha statues since 2015 under its new policy of the second cultural revolution initiated by Xi Jingping. The local Tibetans in the nearby areas are kept under a strong electronic and cyber vigilance and gatherings of people around the site of demolition is not allowed on the pretext of restrictions under COVID zero policy.

Chinese authorities arrested eleven monks on suspicion of sending news and photos of the statue’s destruction. As on date, communication has been clamped down and strict vigilance is being made on any resistance against the move. On September 29, 2017, the great Buddha statue in Zhoukou City, Henan Province was forcibly demolished. Another masterpiece connected to Buddhist emotions was the 29-meter-tall statue of Sakyamuni in Fengman District, Jilin City costing around 3 million yuan and took 11 years to be carved only to be demolished to suit CCP policy. The same was bombed by the government almost similar to the infamous demolishing of Bamyan statues by Taliban in 2001. The famous statue of Amitabha in Weichang Manchu-Mongolian Autonomous County, Chengde City, Hebei Province was changed into a statue of the ancient emperor Kangxi. Initially, the local government also proposed to change the Buddha statue to Mao Zedong, Confucius or Kangxi. It is quite evident that the demolition of statutes with explosives hints towards the Talibani attitude of the Communist Party of China towards Tibetan culture and religious belief.

The list of demolishing Buddha temples does not end here. A 10m high Sakyamuni Buddha statue at Longxing Temple in Mengjin County, Henan Province was also ordered to be demolished by the central authorities. CCP has been wiping out Buddhism on a large scale after the 18th National Congress of the Communist Party of China. The news of the killing of seven monks was immediately subsided within 24 hours while the aggressive stature of wiping Buddhism and Tibetan culture has already begun from the eastern wing of Tibet. (Photo courtesy: Bitter Winter)