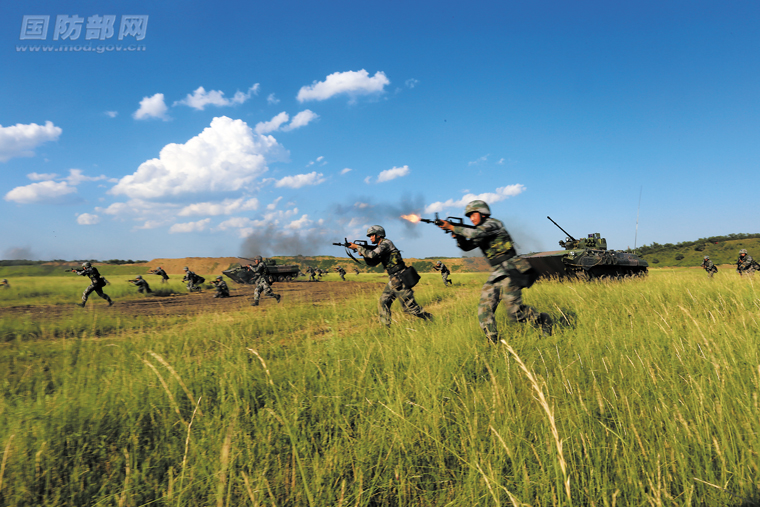 In the first week of June 2022, PLA conducted an emergency response drill of its brigades of the 78th Army stationed in its north eastern provinces bordering Russia. The drills were aimed to prepare PLA soldiers for battle readiness. Along with the drill, PLA has also changed its policy of operations in the area. Previously, the troops were required to wait for the company to hold a meeting to clarify the division of tasks before starting the operation. As per the new policy and reforms of the 78th Group army, the troops are not required to wait for clarification of tasks and must create battle formations along the Russian border while the company holds meeting and decide further action.

The 78th group army has refined combat readiness plans in recent years by distinguishing different types of combats they may have to face in land and air in its vicinity and has further bench marked the carrying standards of combat readiness materials and equipment. From the standing committee of the brigade party down to the battalion and company, arranging battle meetings, managing composition of troops and the disposal process are all clearly defined to the individual soldiers. The task requirements have been made specific to the responsibilities to enable officer and soldier to clearly know their offensive actions in different situations.

PLA has also created warehouses in its border towns Mohe, Da Hinggan Ling and Heihe bordering Russian towns Yerofey Pavlovich, Ushumun and Blagoveshchensk which reportedly store all kinds of war preparation material such as supplies, medical services, weapons and ammunition. Every warehouse has also been upgraded with a server based “Cloud Network” for after-installation management and information on storage quantity of ammunition and status parameters of various equipment. The application of these technology will help in avoiding the inefficient and hurried phenomenon of battalions and companies requesting and loading materials,. It will also enables real-time tracking of ammunition, weapon equipment at the times of emergency and quick response on border.

78th group army has also fully mechanized its border delivery support system. With the adjustment of PLA’s establishment system, the iterative update of weapons and equipment, the increase in the elements of arms and the increase in the types of equipment, the combat readiness specification and combat readiness model, Chinese troops are prepared way ahead as compared to Russian troops across the border.