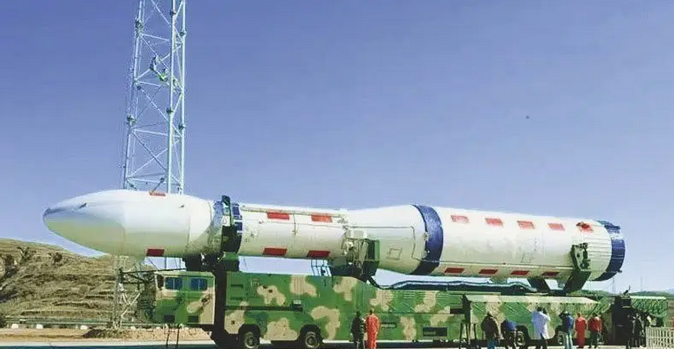 China conducted its sixth ground-based mid-course anti-ballistic missile test on its territory Sunday night, which achieved its intended purpose, according to the Chinese defense ministry. The test is defensive and did not target any country, said the ministry. The new Anti Ballistic Missile Defense System of China is a counter measure similar to THAAD system of USA and Russian S400. This was the 5th successful test and destroyed a dummy ICBM with its Kinetic kill vehicle.

China’s ABM system was aimed at intercepting the warhead of the medium-to-long-range ballistic missile where it is difficult to achieve effective interception when after the separation from the booster stage split-guided multiple warheads and decoys to improve penetration are used. In order to achieve effective mid-course interception, various early warning means including satellites and radars were used to detect signs of decoy missile launch in a timely manner and further continuous tracking was maintained during its flight to achieve accurate kill through kinetic energy interceptor vehicle.

In July 2021, Joseph Trevithick and Tyler Rogoway exposed a massive hangar in China’s secret missile facility in Korla, Xinjiang which could fit a Nimitz class super carrier inside with 100 feet to spare on either side. As for the test conducted yesterday, though there was no mention of what particular interceptor system the PLA used in the experiment, separate reports have described it as a “hit-to-kill” weapon, meaning that it destroys its target by physically slamming into it.

China has long been interested in ballistic missile defense and has been actively working on these systems since the 2000s in response to parallel developments in the United States. But the primary publicly known interceptor is the HQ-19, a derivative of the HQ-9, which is itself a Chinese development of Russia’s S-300 series. China’s mid-course interceptor is an extension of the Dong Neng series of anti-satellite interceptors, which themselves use boosters from DF-11 ballistic missiles. As per reports, Dong Neng-3 (DN-3) was the interceptor employed in the 2018 test which knocked down a DF-21 medium-range ballistic missile (MRBM).