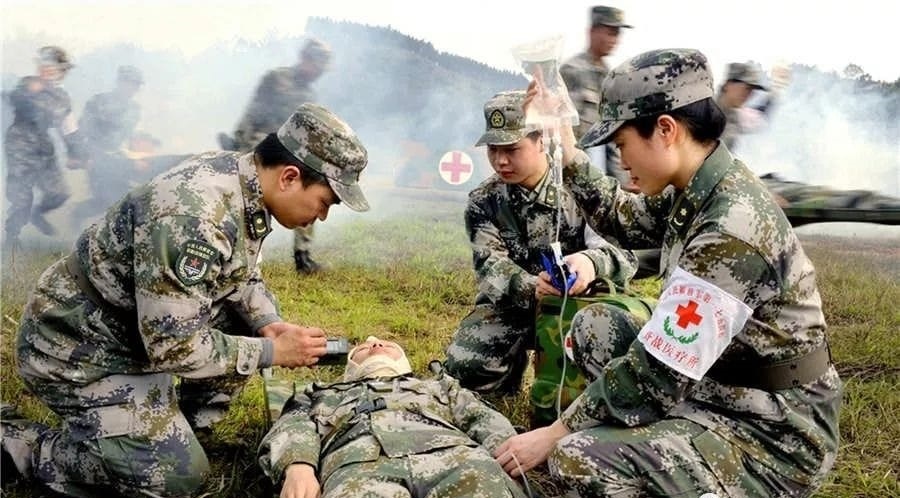 PLA has conducted multiple Casualty Evacuation drills at its border with India. In May 2022, PLA Xinjiang Military Command conducted a combat rescue and evacuation exercise at a training ground on the Karakoram plateau. A similar exercise was also conducted in Tibet military region opposite Ladakh in June 2022. PLA has also introduced a new-type of tracked armored engineer vehicle which made its debut during the exercise. It has specially been designed to evacuate wounded soldiers and damaged vehicles in the battle field.

As claimed by PLA, this new vehicle is additionally equipped with a twin-turbocharger device, for which its engine power has been greatly improved. Besides, its chassis is the same as that of Type-15 main battle tank. These exercises were conducted to address the concerns of several new recruits in the Chinese infantry who were more concerned about getting wounded or dying in the battle field against Indian army which has a strong experience in dealing with both direct and indirect warfare.

Such drills are now practiced on a routine basis in every exercise to train soldiers not to leave behind their wounded pals and to minimize capture or casualty of PLA troops during battle. As reported in an Australian research report, during the Galwan incident, several PLA soldiers were washed away while they were retreating while leaving behind weak and wounded men after combat with Indian army.

Apart from fear of infantry combat, PLA has strong issues related to battle field capability of its female soldiers who are generally not trusted in the battlefield. In one of its CCTV military report documented during a joint exercise with Russian soldiers, an observation by PLA on its female soldiers mentioned that, “Limited by the difference in innate physical fitness between men and women, although women are more suitable for nursing positions, they are often incapable of rushing the wounded off the line of fire. This shortcoming is not only often exposed when military hospitals participate in field medical training, but also When our army participated in the “Medical Relay” of the international military competition, it was also difficult for the female team members to drag the wounded played by Russian soldiers”.

The introduction of new evacuation vehicles will lower the dependence of PLA on its female soldiers whom PRC considers inadequate for battle field operations.