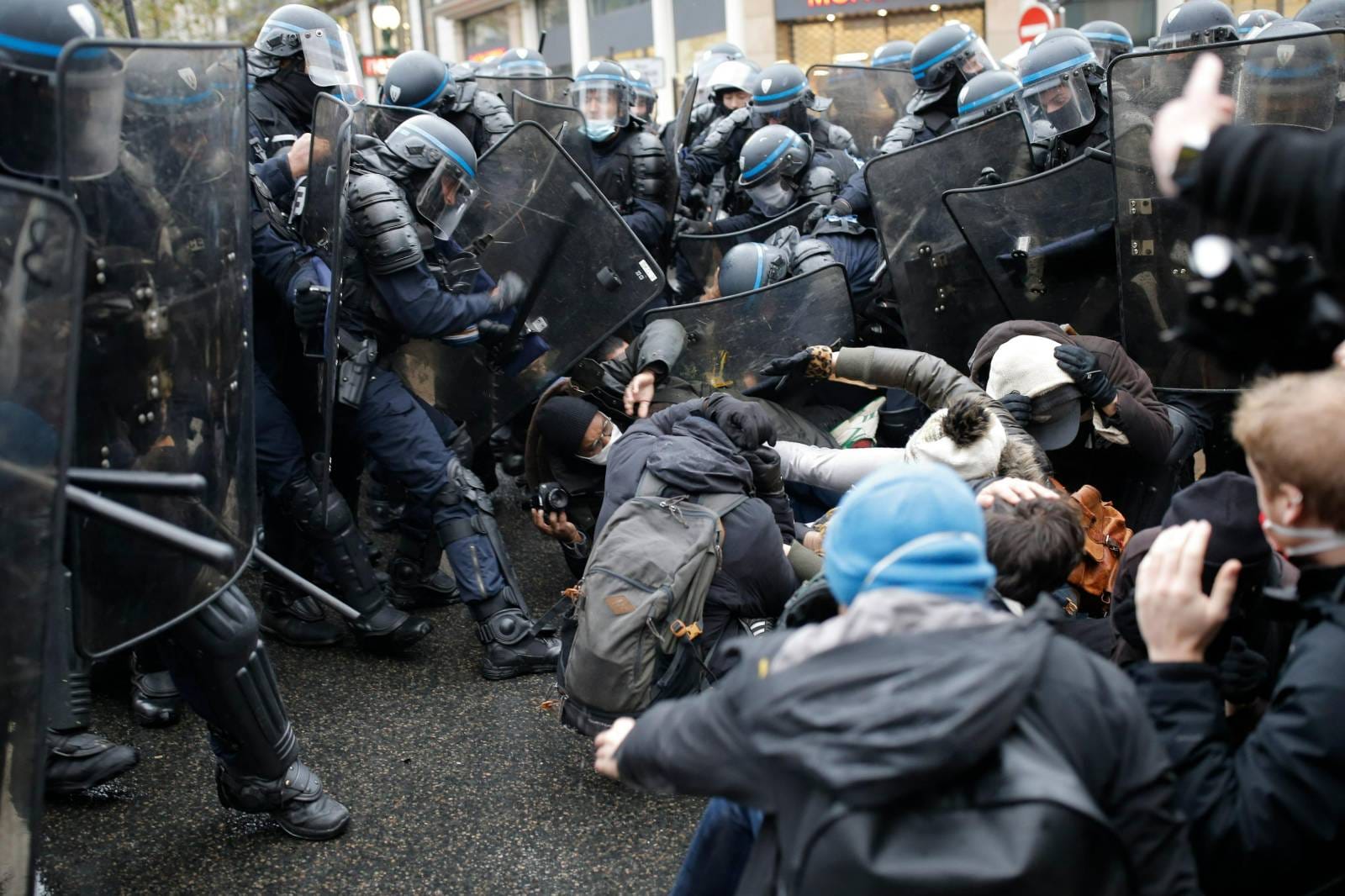 The rumors of an attempted coup in China rocked the world in September after Xi Jinping returned from Samarkand. The news was soon found to be untrue but a lot remained hidden as there is no smoke without a fire. For the first time, it was observed that CCP adopted a different approach to manage the damage control done by the ‘China Coup’ story in the world news. This report includes carefully analyzed details of the timeline of events to understand the Modus Operandi of CCP to hide its illegal practices and shed light on the social media management of the Communist party to keep the World’s media in a confused state.

Xi Jinping introduced ZERO COVID policy to set example to the world on his ways of dealing with the virus. In 2022, after 60 days of lock down between March- May 22 in the spring season, Shanghai reopened on June 1, with a mere 29 cases reported down from a peak of more than 26,000 per day in April. China’s leadership showed this transition as a proof that Zero-Covid has succeeded, again. The policy was well praised by Chinese state media so as to give confidence to several small nations whom China has made dependent on its supplies and support. However, CCP managed its COVID figures to a large extent to prevent any damage to Xi’s image which led to a rift between he ruling group and several honest CCP members.

In September, Xi left mainland and visited abroad for the first time after 893 days for SCO meet at Samarkand. On 15th September, Xi met Putin at Samarkand to discuss Russia- China relations. After returning from Samarkand, he remained away from any media coverage and no news about him was published anywhere in mainland also. On 23 September, an attempted Military Coup in China started making headlines around the world. 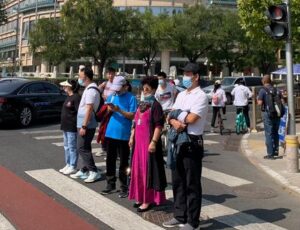 Instead of countering the news by its state sponsored media, China unleashed its non- state actors to counter China coup narrative to bring out a ‘Happy Nation’ picture of China. Any attempt to create a counter through state media could have caused more damage so CCP used a hidden resources which it has raised over a few years now. A set of Western influencers working as silent members of overseas Wumao army, were used to suppress the smoke to re-establish a pro- Chinese narrative. Some fact finders even reach Beijing on CCP sponsored tours to establish that everything is fine and smooth in Beijing and Xi as a strong leader. One German gentleman covered Beijing from CCP glasses to create a counter narrative of China Coup story otherwise why would a country allow a foreign national to freely roam in Beijing and bring out facts while it monitors it own citizens 24*7 through Artificial Intelligence based surveillance system. What Deutsche did not cover was the plight of millions of residents locked in their homes without sufficient food, water and medicine due to ZERO Covid policy. The pictures shared on his twitter account clearly showed empty streets with handful of people on streets due to lock down while he was roaming free without mask while everyone else in the picture was wearing one.

In the meanwhile, CCP identified the dissent group in the leadership and started firing them on vague reasons like corruption. Pictures of Hu Jintao being removed from congress session went viral too.

On 04 Nov 22, CCP ordered the arrest of the former Deputy Minister of Public Security Sun Lijun on charges of corruption. He was expelled from the Communist Party of China (CPC) in September and the authorities failed to answer what exactly Sun had done to draw such strong allegations from the authorities. Sun, 53, was handed a suspended death sentence that will be commuted to life imprisonment after two years, with no possibility of parole.

The same week, CCP also arrested former Justice Minister Fu Zhenghua who was also deputy director of the social and legal affairs committee of the Chinese People’s Political Consultative Conference (CPPCC). He was placed under investigation on suspicion of “Serious Disciplinary Violations.” The arrest of the tallest secret keeper of Xi- Fu Zhenghua was a strong message to all party members that nobody is safe from Jinping. Before taking up his post at the CPPCC, Fu served as justice minister and deputy police chief for the Beijing municipal police department where he led an intense crackdown on the city’s sex industry, which was said to have influential political connections. Being Jinping’s confidant, Fu is a man who knew too much and became a threat to Xi.

The next in line was Gong Daoan, former vice-mayor of the Shanghai government and former director of the Shanghai Public Security Bureau. He was sentenced to life imprisonment for taking bribes. Gong spent most of his career in Hubei province and became Shanghai’s police chief in 2017. Deng Huilin, former vice-mayor of the Chongqing municipal government and former head of the Chongqing Public Security Bureau, was sentenced to 15 years in prison. Deng served his positions including as the Deputy Director of the Hubei provincial economic commission, the vice-mayor and police chief of Yichang in Hubei, the director of the general office of the Commission for Political and Legal Affairs of the CPC Central Committee, and the head of Chongqing Public

Security Bureau. The third one Liu Xinyun, former vice-governor and police chief of Shanxi province, was sentenced to 14 years in prison on corruption related convictions.

Taking it further, just before the beginning of the 20th congress on 16th October 22, CCP arrested 1.4 million people alleged as criminals, as a part of the Ministry of Public Security’s “100-day operation”.

“The reasons of protests in these specific locations is not clear but before arrests Mr. Sun Lijun and Mr. Gong Daoan served in Shanghai, Mr. Fu Zhenghua (Xi’s Secret Keeper) served in Beijing and Xinjiang, Mr. Deng Huilin served in Chongqing and Mr. Liu Xinyun served in Shanxi”

Does Chinese Uprising Has a Leadership Within CCP?
It is dubious that a revolution can ever take place in the absence of a leadership. The protests started in September after a bus carrying Twenty Seven people crashed while taking them to a Covid-19 quarantine facility in southwest China’s Guizhou province killing all of them. The triggering point which gathered World’s attention was on 13 October 22, when a man apparently acting alone

draped two white banners daubed with large red characters over the parapet of the Sitong road bridge in Beijing. His banner urged to ‘Take down Dictator Xi Jinping’. The incident proved that the anger and frustration of a common man has surpassed the fear of CCP and the situation is already explosive. The Tibetan community also took an aggressive stand and a rare protest was witnessed in Lhasa on 25 October 2022.

Chinese state media has made big claims about Jinping’s policies to control pandemic and its on ground effective results. Several research reports and news articles which praised China’s SINOVAC Covid vaccine now appear to be paid content since the vaccine does not seem to work in mainland itself. In September 21, Reuters quoted a Malaysian report stating that Sincovac is highly effective against serious illness. Another article by New York Times quoted a Hong Kong based Chinese funded Research report stated “Sinovac Boosters Provide Key Protection to Older People”. The article further stated that two doses of China’s Sinovac vaccine offered older people only a moderately high level of protection against severe disease and death from Covid-19, but a third dose significantly bolstered their defenses. These claims on SINOVAC gives two possible outcomes that either it is effective or all these reports and articles have clearly deceived millions of people in Asia and Africa who took the Chinese vaccine. WHO shipped more than 100 million doses of SINOVAC to sixty countries of Africa Asia in September 2022 to test its after effects on local population. Clearly, the Chinese debt ridden African and Asian nations were treated as guinea pigs to vaccine testing. If SINOVAC is not effective, then these nations may soon face another COVID wave like China since they have been deceived by prominent news agencies and paid research labs.

If SINOVAC is effective, there is no reason why China is experiencing a strong COVID wave and all the lock downs can merely be an eyewash to suppress an Anti- CCP and Anti- Jinping movement which ignited in September 22 and smoke came out as a Coup news.

As on date, there are protests going on in at least 15 big cities which include Beijing, Shijiazhuang, Zhengzhou, Nanjing, Shanghai, Wuhan, Xi’an, Lanzhou, Chonquing, Guangzhou, Lhasa, Hotan, Korla, Urumqi, Chengdu. Several cities have also deployed People’s Liberation Army to crack down on protests. The most popular and loved leader of China is not able to convince people to maintain peace and calm. Several comments obtained from Chat groups show the anger of people against their own army which has now been deployed to tackle common civilians. A user commented that: When the People’s soldiers point their guns at the people, the people must unite to overthrow it. Others even called PLA as EXECUTIONERS!

Moreover, in June 22, a notice attributed to Cai Qi, the Beijing secretary of the Chinese Communist party sparked tensions after it announced the extension of ZERO COVID policy till another 5 years. The notice was first posted by Beijing Daily and republished by other state media outlets. It spread widely across social media, but soon the reference to “five years” was removed from most online publications, and a related hashtag on Weibo was deleted.

Coup or No Coup, China is surely undergoing a revolutionary wave where CCP is no more considered as an ideal which will eventually end up in creating room for Chinese democracy in near future.